You may not believe it but one of my passions is actually antique motor cars! Now, most articles on antique classic cars deal with car history and pedigree and how wonderful it can be own them. You often even get to read about how to find mechanics and spares for these cars. There’s one part to the antique car ownership experience that is often neglected though – storage and insurance.

There was something in the news recently about how these days, all films in the national archives are stored on hard disks. The only problem with this is that hard disks need to be spun up every once in a while. Leave them there like you would a book in a library, and a year or so later, they freeze and become completely unusable. You’ve seen those television shows about some lucky rich guy in Malibu or somewhere else who has a garage full of Rovers and E-Type Jags. The way they look, it’s they’re always standing there. The thing is though, that storing antique classic cars is all about keeping them moving often. An old car that just stands there for even a month can be far worse off for the experience.

The upholstery begins to fall apart with that kind of disuse. The tires begin to crack, the engine and transmission begin to seize, the batteries die, the fuel lines choke up, and so on. First-time classic car owners often just put their cars under a big … Read the rest

Read more
As we become more connected with our multiple Wi-Fi enabled devices, the growing alternatives for several SMEs has seen a revolutionary change in the way we operate our IT provision.  With many suppliers today offering accessibility to the cloud and the option of a digital desktop, the one thing that many small and medium size businesses will need to think about is how secure it all is. My good friend, Bruce Skinner from Pisys.net explains more.
What is a Virtual Desktop?
If you’ve been in business for some time you will be acquainted with the computer in the office that is linked to your IT system and contains specific kinds of software that are important for the day to day running of your office.  In the last few decades, the sea change has been away from onsite IT provision to hosted systems where your key desktop apps and data are now held with a central server that is accessed on the internet.  The cloud allows you to access your digital desktop from almost anywhere and any system which has a Wi-Fi link.  That means that you can log onto any computer and also get access to all of your kit without being tied down.
The Advantage to SMEs
The large advantage of cloud hosting is that SMEs receive all of the computing power they need at a fraction of the price and access to a selection of professional knowledge that would otherwise be restrictive in a standard
… Read the rest
Read more

When it comes to the subject of diecast model cars, there’s not much more important than the matter of scale. There seems to be a bewildering number of choices when it comes to this subject and it can be very confusing for anyone who is starting to think about collecting them or buying one as a gift for a loved one. That’s why I thought I would try and clear things up a little with my handy guide to scale – what it means and how it affects detail and pricing etc. Enjoy.

So lets start by considering the different Scales

A proportion used in determining the dimensional relationship of a representation to that which it represents ( Answers.com )

Diecast cars come in many different scales from small 1:64 scale models to large 1:12 scale models. Often you will see scale denoted in different ways. The most common two ways are using the forward slash ” / ” and the colon ” : ” We will use them interchangeably in this article. Scale is a fractional representation of the size of a model in comparison with the real car. So, a 1:18 scale diecast car for example will be 1/18th the size of a real car. Every 18 inches of the real car will be represented by 1 inch of a scale diecast car. 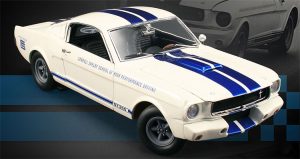 The easiest way to visualize this is through an example. Using a 1/18 … Read the rest

Unlike the good old days where you had to stick to the already tested and proven ways of cooking, people from different cultures can now share new and adventurous fish and seafood recipes across different platforms. This is proof that globalization and technological advancement is not only good for massive businesses that drive the world economy, but also for the simpler, yet essential dining experiences of us, everyday folks. Think of how an Indian woman can easily discover a new way of cooking her tuna, and then share the same experience with her neighbors. Before long, if her recipe mesmerizes the taste buds of diners in her local community (and online communities of course), it soon finds its way into local hotels and later into kitchens preparing and cooking international cuisine. I love to cook but I insist on the freshest, best quality ingredients – especially when it comes to seafood. That’s why I always source from the good people at Maresca Fish – please check out their website for details.

The internet is, naturally, the best place to find different and fascinating fish and seafood recipes. Typing the right keywords into any search engine will, almost definitely return numerous search results. As every chef who uses the internet to find recipes knows, not every recipe will appeal to everyone’s tastes. Because of this chefs always ask some of their colleagues to taste and comment on their new recipes before serving it up to their clients. If you are cooking … Read the rest

A car  model is a particular brand of vehicle sold under a marque by a manufacturer, usually within a range of models, usually of different sizes or capabilities.

From an engineering point of view, a particular car model is usually defined and/or constrained by the use of a particular car chassis/bodywork combination or the same monocoque, although sometimes this is not the case, and the model represents a marketing segment.

A model may also be referred to as a nameplate, specifically when referring to the product from the point of view of the manufacturer,especially a model over time.

For example, the Chevrolet Suburban is the oldest automobile nameplate in continuous production, dating to 1934, while the Chrysler New Yorker was the oldest North American car nameplate.

“Nameplate” is also sometimes used more loosely, however,to refer to a brand or division of larger company, rather than a specific model.

This engineering frame may have derivatives, giving rise to more than one body style for a particular car model.

For example, the same model can be offered as a four-door sedan,a two-door coupé, a station wagon, or even as a folding-roof convertible, all derived from essentially the same engineering frame.

An example of this is the BMW 3-series – just like the diecast model cars sold by Silent Autos for example.

Fully specifying an automobile can involve many levels of detail, most basically: